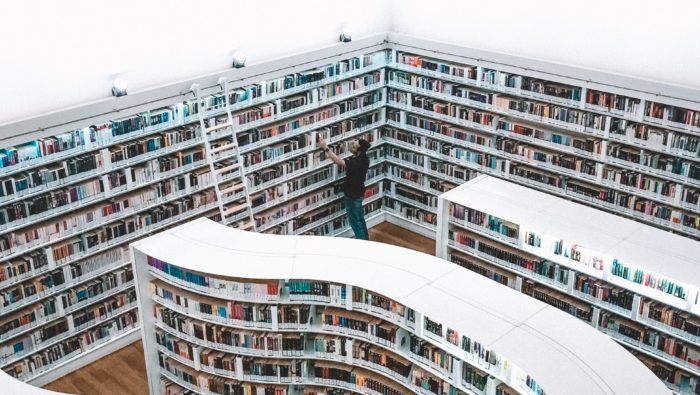 How to Handbook the Sociology of Law as a Borderland Science

Sociology of Law is an established borderland science between law and sociology with its founding scholars, strong traditions and histories, canonical knowledge, intellectual heresies, and very dynamic recent developments. Editing a research handbook on Sociology of Law therefore requires connecting its origins and genealogy with current state and future ambitions. It also needs to identify the discipline’s borderland subjects, basic concepts, methods and methodologies, specialisations, and contexts, without creating artificial academic borders and redundant distinctions between sociology of law and other social and legal sciences. Shortly, the borderland character of the Sociology of Law should lead to the crossing of academic borders.

However, researchers in ‘law and society’ or ‘law in context’ studies can already use a number of collections, such as: the three volume Encyclopedia of Law & Society; the extensive Law and Society ‘mini-library’ in four volumes; The Handbook of Law and Society; the Journal of Law and Society’s special supplement Main Currents in Contemporary Sociology of Law; the Routledge Handbook of Socio-Legal Theory and Methods  or the Routledge Handbook of Law and Society. Furthermore, handbooks on law, sexuality, and gender, race, class and, gender, science and technology, medicine and health, crime and criminal justice and other areas of national and transnational law provide for the most detailed mapping of studies of law in social context. Numerous edited volumes on law and other social phenomena, and problems and themes, are being published in book series specialising in law and society studies by many academic publishers every year.

Editing a specific handbook on Sociology of Law in this very rich, diverse, competitive, and successful academic environment, therefore, was a difficult task. When compiling the Research Handbook on Sociology of Law, it did not make sense to replicate important topics and problems of sociological research of law and Socio-Legal studies which already have been covered well by the above-mentioned  books. It would also be useless to focus on widely addressed transformations of contemporary positive law, such as the emergence of transnational legal systems and globalisation of law and society.

Indeed, no sociologist of law can ignore these topics and developments of subnational, transnational, and global legal orders, and systems operating beyond the state. Individual chapters in our Handbook document this shift in Sociology of Law and Socio-Legal research.

One of the most discussed borderlines continues to be the distinction between Socio-Legal studies and the Sociology of Law. It may be described as artificial and explained against the background of more general differences of legal cultures and history. However, some sociologists of law argue that Socio-Legal studies are just a subfield of social policy studies lacking general theoretical and scientific aspirations. Against this caricatured picture, the Sociology of Law is subsequently portrayed as a branch of legal philosophy and general theoretical knowledge which develops its own sociological concept of law and methodology, qualitative and quantitative research techniques, data collection and analysis of legal phenomena.

One important task of editing any volume on the Sociology of Law today, therefore, is to challenge these simplistic distinctions, academic clichés and dated research self-images. It is important to demonstrate that conceptual, theoretical, and methodological borders between contemporary Socio-Legal studies, Law and Society research, and the Sociology of Law are porous. Furthermore, it is inadequate to continue delineating these different academic labels as describing the same research in different countries, namely the UK, the US, and the rest of the world. Today, the Sociology of Law is a globally evolving academic discipline which has its specific historical, theoretical, and methodological contexts, yet flourishes due to its strong capacity of interdisciplinary engagement and links to other scientific concepts, methodologies, and research fields. Unlike territorially and culturally limited Socio-Legal and Law and Society studies, the Sociology of Law thus offers a more general academic appeal and a broader intellectual and scientific inclusivity.

Reflecting on recent publications in Sociology of Law, Law and Society, Socio-Legal studies and interdisciplinary research of law, the Handbook thus revisits the specific role of Sociology of Law, its disciplinary boundaries, and its relationship to both legal and social sciences as well as Socio-Legal studies and the Law and Society research. The Sociology of Law is treated as a borderland science of positive law in its social environment which considers law a social system or a set of social practices evolving through interaction with other social structures and institutions.

While preserving its social autonomy, modern law is historically and culturally linked to other social systems and institutions. This interdependence is examined by empirical methods as well as theoretical conceptualisations of the Sociology of Law. The Handbook editing’s initial task, therefore, was to focus on the Sociology of Law’s relationship with other academic disciplines, such as legal theory and jurisprudence, anthropology, ethnography, history, economics, or science. The next task was to revisit key sociological inquiries into positive law concepts, such as the rule of law, living law, legal systems, legal culture, legal consciousness, subjectivity, temporality, legal images, and professions. This inquiry framework demonstrates the indispensability of Sociology of Law and its methodology in legal science as much as the impossibility to reduce it to the set of empirical methods supporting either legal policies and jurisprudence, or their criticisms. The sociological concept of law provides for a social scientific interpretation and understanding of concepts, institutions and practices established by positive law. The Handbook’s editing, therefore, was meant to create a complex fabric of both the general and specific sociological meaning of positive law, its structure, organisation, and function. Following these explorations of positive law, the final task was to engage with sociological perspectives applicable to the specific legal disciplines and different areas of positive law.

Professor of Law, School of Law and Politics, Cardiff University

Jiří Přibáň is the founding director of the Centre of Law and Society and Professor of Law at Cardiff University. He has published a number of socio-legal monographs and edited volumes such as Research Handbook on the Sociology of Law (edited for Edward Elgar in 2020), Sovereignty in Post-Sovereign Society (Routledge 2015, winner of the SLSA Socio-Legal Theory and History Prize 2016), Legal Symbolism (Routledge 2007) and Dissidents of Law (Routledge 2002). He regularly contributes to the international media and is member and book editor of the Journal of Law and Society's editorial board.