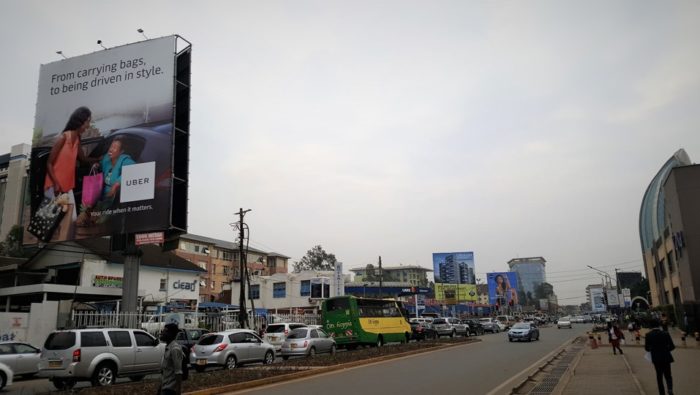 Renegotiating Disciplinary Boundaries in Socio-Legal Studies of the Gig Economy: Evidence from Kenya and Italy

From Washington to Amsterdam, the gig economy is increasingly under fire. Although the volume of business of the likes of Uber and Deliveroo (to mention two household names) has skyrocketed during the COVID-19 pandemic, the entire sector has hitherto failed to turn a profit. Instead, world-renowned digital platforms providing services, ranging from ride-hailing to food delivery, have been facing challenges in courtrooms, fending off bad press, and staring in disbelief as investor confidence has sunk. After walking a legal tightrope for a long time, chasing favourable legal and fiscal regimes all over the world, and misclassifying platform workers as independent contractors, digital platforms have faced a string of legal defeats. This has stoked activists’ hopes that, finally, a reckoning is coming for the gig economy. Moreover, new contenders are joining the race with fairer or context-specific business models, prompting the dominant players to slash prices to stay competitive. Yet, even if digital platforms are in choppy waters, it is still gig workers who are bearing the brunt of this race to the bottom.

Given the multi-layered dimension of the gig economy, this topic draws the interest of a growing and heterogeneous cohort of scholars with a background in law, media, geography and industrial relations. As I discuss in two forthcoming articles, my research over the past two years has used an interdisciplinary approach to grapple with the condition and resistance of ride-hailing drivers in Kenya and migrant food delivery couriers in Italy. My work combines Socio-Legal Studies with labour geography and development studies when focusing on Kenya, and migration studies when looking at Italy. In doing so, it highlights significant similarities and differences in how techno-normative forms of control, based on algorithmic management and datafication, affect the worker experience.

The Kenyan context features loosely enforced worker protection, a high degree of economic informality, and low unionisation rates. Here, digital platforms like Uber are embracing the language of socio-economic inclusion and exploiting regulatory loopholes. At the same time, the platform’s business model revolves around the dataveillance of the drivers. The data-driven commodification of the workers’ labour collides with the narratives of prosperity and self-entrepreneurship, which Uber mobilises to build its workforce of independent contractors. During my fieldwork, I found that this tension feeds into workers’ grievances when the escalating competition in Nairobi’s ride-hailing market precipitates a race to the bottom. I identified specific forms of organisation featuring a distinct ethnic connotation and performing cultural and social reproduction functions, revolving around saving groups to support the members in need, or burial societies, collecting money to pay for the funeral expenses of the drivers who had died on the job. These organisations carve a space where workers share experiences of exploitation and reflect on their role in the productive process. They also make room for workers’ reflections on the inability of policymakers to protect workers’ rights, recognising a continuity between colonial and digital extractive practices (an argument that resonates with the recent debate on data colonialism).

In my second field site, Italy, I have explored what happens when the business model of food delivery platforms like Uber Eats, Glovo, Just Eat, and Deliveroo interacts with restrictive migration policies. The conditions of migrant riders dramatically entered the public debate in May 2020, when a report shared with the press by Milan’s Prosecutor Office painted a chilling picture of a worker exploitation ring involving senior managers of Uber Italy and two intermediary firms at the expense of migrants in dire economic straits. In a tap-wired conversation quoted in the report, a senior Uber Italy manager showed some degree of self-awareness as she was recorded saying “We have created a system for desperate people”. While one may argue that this case represents a rogue outlier, I found that the ‘system for desperate people’ that the ‘tapped’ Uber executive referred to builds upon a combination of the legal elusiveness and algorithmic control of digital platforms, and restrictive immigration policies compounding the power of employers over migrant workers. These aspects produce an ideal reserve army of migrant gig workers, deprived of bargaining power.

As datafication is reshaping several aspects of our life, including work, protecting citizen, consumer, and worker rights requires grappling with how the algorithmic black box of digital platforms is embedded in specific Socio-Legal settings and tied to the political economy of precarity. In approaching the subject of the gig economy, renegotiating disciplinary boundaries is thus warranted.

Gianluca Iazzolino is a Postdoctoral Research Fellow in the Programme in Comparative Media Law and Policy (PCMLP). His research interests lie at the intersection of Socio-Legal Studies, political economy, and digital geography. He is currently focussing on how AI and digital platforms are reshaping governance in Africa for the project ConflictNET.