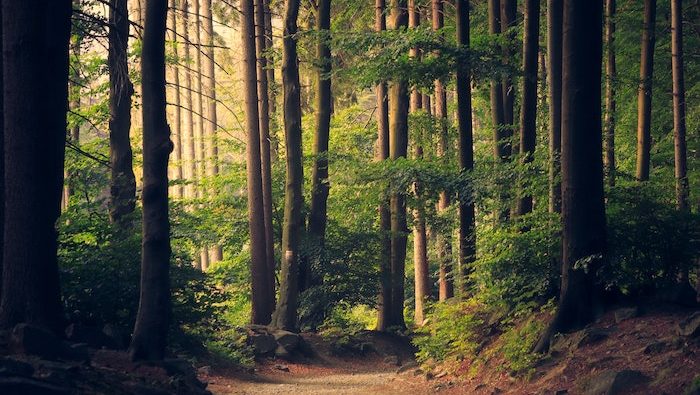 “E pur si muove!” (“And yet it moves!”). These are the famous words attributed to Italian astronomer and physicist Galileo Galilei (1564-1642), after the Inquisition forced him to take back his announcement that the Earth was nothing more than a billiard ball turning endlessly around the sun. Galileo’s heliocentrism marked the starting point for a Modern worldview in which the Earth is stripped from all forms of movement except its movement around the sun. In this anthropocentric worldview, human interactions stand central on a cultural foreground that is placed against a passive and inert natural background. Thus, in this view the domain of ‘culture’ is strictly separated from the domain of ‘nature’.

Our current changing ecological circumstances have sparked discussions about the relationship between humans and nature. Indeed, several scholars, such as Anna Grear or Donna Haraway, question anthropocentrism for its fabricated divide between these two domains. For a long time, nature was assumed to be the passive and objective domain, but that same ‘nature’ now starts to surprise and disrupt us, thereby blurring the strict distinction between Nature/Culture. In this post, I argue that Actor Network Theory (ANT), as a theoretical approach, is able to bridge the gap between these domains, making it a relevant perspective for Socio-Legal Studies on ecological issues.

Developed by Bruno Latour and others in the context of Science and Technology Studies, Actor Network Theory posits that the bifurcation between humans, as actors with agency, and objects, as passive artifacts, is fallacious. Instead, socio-technical systems are developed through interaction and negotiation between people, institutions, and artifacts. This does not mean that machines ‘think’ like people do, but that their structure and design constrain and shape the actions of humans. Think, for example, of cars with a built-in alarm that goes off when driving without seatbelt, thereby prescribing the human driver what course of action to undertake. For Actor Network Theorists, the material world is not strictly separated from the human world but brings about normative prescriptions that play a key role in mediating human relationships.

This theoretical perspective has been commonly used by scholars interested in the interactions between technology and law but may also be a fruitful approach for Socio-Legal scholars who focus on ecological issues in their research. After all, ANT sheds a light on the relationship between humans and nature underlying many of our ecological issues. Mainly, it recognises that humans can only act and exist when they align with non-human actors. However, much of the Socio-Legal research on environmental issues still places human agents at the centre of their inquiry. In light of the disruptive character of our current ecological predicament, the question is whether we should still view these natural entities as passive objects without any form of agency.

Recent legal developments on ecological issues, such as the push to add ecocide to the Rome Statute of the International Criminal Court as a fifth crime against humanity, may be analysed from an ANT perspective in the sense that the alignment between humans and non-humans can be explicated in this way. When examining, for example, Polly Higgins’ definition of ecocide, as “the extensive damage to, destruction of, or loss of ecosystem(s) of a given territory, whether by human agency or by other causes, to such an extent that peaceful enjoyment by the inhabitants of that territory has been severely diminished (p.7)”, it becomes clear that ecocide adheres to a non-anthropocentric conception of the environment which explicitly acknowledges that human actions are embedded in a context that is shared with other (non-human) actors.

The current developments to provide ecosystems or natural entities with a form of legal personhood, such as New Zealand’s recognition of the Whanganui River as a legal person, or the concept of Pachamama in Ecuador’s Constitution, may be understood from an ANT perspective in a similar way. The rationale behind these initiatives is to transform natural entities from mere objects or property into subjects with legal personhood. ANT’s openness to the possibility of agency amongst both human and non-human actors exemplifies its potential for shaping future research on these developments. Future ANT-based Socio-Legal research could hence focus on uncovering the ecological embedding of humans by examining the ways in which law and its institutions shape and interact with non-human actors and the natural environment.

The above-mentioned approach has recently been instigated, for example, by Clark & Szerszynski through what they call “planetary social thought”. By this they mean that the social is enfolded within geological and ecological forces and, therefore, asks for an understanding of the ways social forms “arise out of” and “act into” the planet. For Socio-Legal scholars, this poses a challenge to show how legal concepts and institutions both shape and are shaped by these geological and ecological forces. In this regard, Daniel Matthews, for example, points towards possible ANT-based analyses about the way in which central themes within private law, such as property rights or legal forms, play a role in producing the social relations which have accelerated our current ecological crisis.

The New Climatic Regime requires us to bridge the gap between the domains of nature and culture, and recognise that our own existence is inextricably linked to that of other actors. Since Actor Network Theory opens up space for asking questions about the interlinkages between the social and material world, it might provide the theoretical handles for Socio-Legal scholars to do so.

Gerben Geessink recently finished his master’s degree in Legal Theory & Socio-Legal Studies at Erasmus University Rotterdam, where he wrote his master thesis on the criminalization of environmental harm from the perspective of Bruno Latour’s figure of Gaia. From the beginning of 2022, he will start as a lecturer at the department of Legal Theory & Legal History of the Vrije Universiteit Amsterdam.