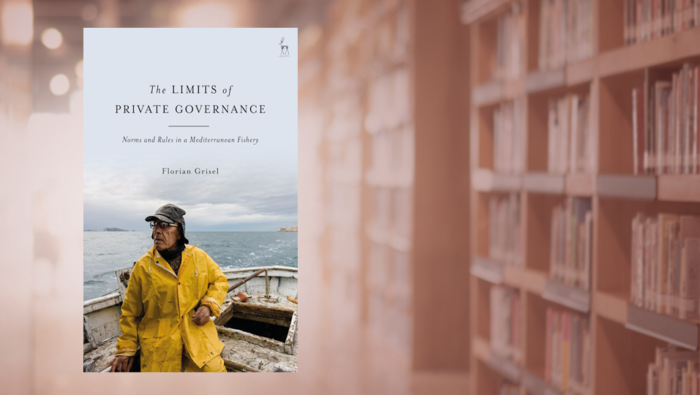 Fisheries are a quintessential commons: everyone is incentivised to exhaust the resource before their peers do the same. What strategies emerge to cope with such a situation? Florian Grisel’s The Limits of Private Governance: Norms and Rules in a Mediterranean Fishery gives an account of one solution: Marseille’s Prud’homie de Pêche.

The Prud’homie governed the tuna fisheries of Marseille for centuries. Even though the Prud’homie is now an ‘empty shell’ (p.4), de facto shorn of all or most of its functions and its ‘concrete efficacy’ (p.150), it still persists. Grisel is interested in why it emerged, the work it did to align individual and group interests and incentives, and ultimately why it is still there. His specific focus is on how institutional rules interact with social norms.

The literature on the commons suggests that actors will coordinate when they know each other and expect to interact indefinitely. When these conditions hold, people will either exercise self-discipline (first-party control) or, courtesy of their neighbours, they may have discipline imposed (second-party control). Marseille’s fishery seems a good instance of such an environment, characterised as it has been for centuries by a stable community centred on a few fishing families. Why then was the Prud’homie needed at all?

The Prud’homie is an example of third-party control where a formal institution steps in to bind rules and norms. The ‘social cement’ (p.24) of norms came down in Marseille to 1) equality of community members and 2) ‘the necessity to preserve the fishery in the long term’ (p.20). Such norms, Grisel argues, are however not enough without institutional rules. Norms are ‘open-textured’ but ‘closed’ because they can be negotiated in any given situation but remain very stable over time. Rules on the other hand are ‘close-ended and flexible’ (p.25): they ‘provide narrow answers to concrete problems’ and are accessible to change. Third-party governance links the two.

Much of the book is given over to Grisel’s fascinating archival research of the Prud’homie’s efforts to navigate technological and demographic change. The organisation through its recorded history has developed a rich archive. Grisel ‘tried to mitigate issues of selective deposit and survival by triangulating over 2,500 archival documents from various sources’ (p.14) spread from Marseille across France. The result is a fascinating contribution to research on governance and organisation.

By privileging first-movers and threatening tuna stocks, new fishing techniques – dragnets or the use of electric lights as lures – disrupted equality and preservation norms alike. Similarly, because they were not bound by longstanding social ties and they used disruptive technologies, immigrants were treated as threats. Immigrants were not alone in using complained-about fishing techniques however: see for instance on fishing with dynamite (p.95-6).

Ultimately the Prud’homie was hollowed out. The state’s jurisdiction over the fishery effectively was challenged in a series of cases and decisions from the 19th Century onwards. The institution was flexible and it evolved into something more resembling a ‘police agent’ (p.122-3). Still, claims to good stewardship became less tenable over time and by the end of the 1960s the French state had ‘tightened its control.’ Ultimately the EU’s regulatory powers overwhelmed the Prud’homie’s residual powers.

For Grisel this decline is not simply about ‘regulatory trespassing by the state’ (p.136). Private orders can be highly resilient, he says, ‘at least until private orders prove ineffective as governance entities’ (p.136). Norms might be keenly held and loudly promulgated, but once appeals to them look opportunist the institutions that draw on them will begin to fray.

Grisel’s contribution rests on three propositions about the relationships between private governance institutions and social norms: 1) ‘social norms are a factor of enduring stability, but also of uncertainty, requiring the creation of rules when disputes arise’ (p.151); 2) ‘the tension between the rigid denomination of norms and their flexible meaning can generate a gap between social norms and practices that undermines the effectiveness of private governance’ (p.155); and perhaps most important 3) ‘social norms are not merely a matter of behavioural regularity but also and more fundamentally a reflection of inner beliefs’ (p.157).

The book’s significance lies in Grisel’s intervention in debates on private governance, but more concretely in his deploying the Prud’homie’s long history to show how human experience can shape and drive institutions and in turn how institutions give those experiences form. Institutions have always been and will always be up for grabs: they provide a forum for disputes and their resolutions certainly, but they also are the argument written out in rules and procedures. The Prud’homie was stripped of its regulatory powers because its claim to good governance in support of shared norms was increasingly untenable, but its persistence as a kind of normative museum is important. Concrete powers have been stripped away but it really does matter that the social cement remains. In this sense Grisel reminds us that institutions are entangled in our humanity and in our normativity in profound and interesting ways.

Dr Ciarán O’Kelly is a senior lecturer at the School of Law, Queen’s University Belfast. His research focuses primarily on accountability in public and private governance. He is specifically interested in corporate moral discourses, specifically in business and human rights and law and technology.