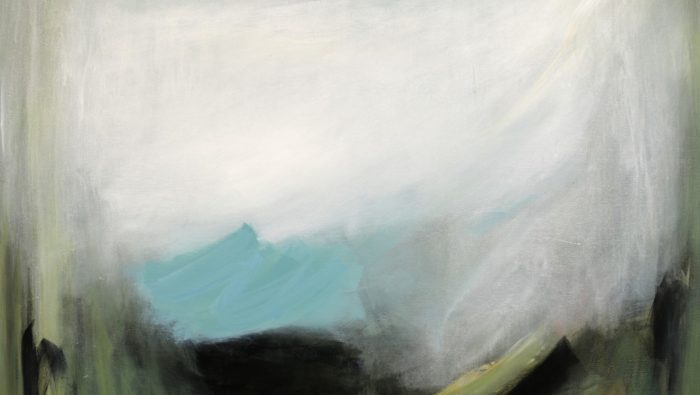 Spring Blue by Jill Campbell. Image used for the cover of Contractual Relations: A Contribution to the Critique of the Classical Law of Contract
Borderlands >

Contractual Relations: A Contribution to the Critique of the Classical Law of Contract

Spring Blue by Jill Campbell. Image used for the cover of Contractual Relations: A Contribution to the Critique of the Classical Law of Contract

I am grateful to the Centre for Socio-legal Studies, an institution to which I owe a great deal and for which I have a fond regard, for inviting me to write a few words about the book on the law of contract which I have recently published: Contractual Relations: A Contribution to the Critique of the Classical Law of Contract. I am now 64, and I have had this book in mind most of my adult life, though I actually began writing it only four years ago. Some of the book’s themes certainly can be traced to the stimulus given to my thinking during the years between 1987-95 when I was a Research Associate at the Centre. It will be a necessary condition of the book enjoying any success that it provides support for the claim that, at a fundamental level, a correct understanding the law must draw on the socio-legal approach.

Our understanding of the law of contract remains dominated by what has long been called the ‘classical law’, the legal corollary of the neo-classical economics of exchange. The core concepts of these bodies of thought – freedom of contract and Pareto optimality – are believed to turn on what I call ‘solipsistic self-interest’, in which an ‘individual’ seeks to maximise her or his economic satisfaction without any regard for other individuals. That the law of contract cannot be explained on this basis, for that law may indeed be described as an agglomeration of duties towards others, is both recognised and denied. No competent commentator defends the classical law in general, but almost all those involved in contracting or commentating on the law of contract work with specific classical assumptions for want of a superior general alternative.

This situation, in which the law of contract itself incorporates our inadequate understanding of that law, has very influentially been described as ‘the death of contract’. This death has been welcomed by the ‘welfarist’ law of contract which has become the main rival to the classical law, for welfarism turns on the beliefs both that ‘market failure’ pervades exchange and contract, so government intervention is very widely needed, especially over ‘consumer’ matters, and that self-interest is the negation of ethics in the ‘acquisitive society’.

My book’s subtitle is a play on the title given to the English translation of Marx’s other published work on economics, A Contribution to the Critique of Political Economy, which was reworked as the first part of volume one of Capital. For – one is abashed to say this – in the tradition of Marx (and behind him Kant and Hegel), my book is an ‘immanent critique’ of solipsistic self-interest which exposes the alienation of the individuals of the market economy from the true nature of their action when they enter into contracts. Contract cannot rest on solipsistic self-interest, for the reproduction of autonomy through mutually advantageous exchange requires each contracting party to respect the self-interest of the other party. This intrinsically other-regarding, ie ethical, relationship of ‘mutual recognition’ is an indispensable foundation of the market economy.

Within contract scholarship, the most developed criticism of neo-classical economics and classical contract has been the ‘relational theory’ of Stewart Macaulay (and his colleagues in the Wisconsin tradition of contract teaching) and of the late Ian Macneil. The burden of this theory is the replacement of the individual as the core of our understanding of exchange and contract with the relationship between the contracting parties. My book is an attempt to express this burden in terms which do not, as interpretation of the relational theory has overwhelmingly claimed that that theory does, lead to a welfarist extinguishing of self-interest.

The necessity of mutual recognition is expressed in the law of contract’s simultaneous assertion and denial of a requirement of ‘good faith’. My book seeks to identify and then resolve the shortcomings acknowledged to be endemic to the classical doctrines of agreement, bargain and remedy by showing that those shortcomings express the immanent recognition of the necessity of good faith. Parties conscious of this necessity will conduct their contractual relations on the basis of mutual recognition expressed in an adequate law of contract.

Unlike the rejection of self-interest in the welfarist law (which is perforce combined with resigned acceptance of a ‘way of the world’ which obdurately limits improving intervention), in the ‘liberal socialism’ of conscious mutual recognition, self-interest is preserved by being transformed. It is perfectly legitimate for contracting parties to pursue their substantive self-interest just as they define it; this is freedom of choice in pursuit of ‘betterment’. But in order to give effect to those choices through exchange, those parties must make contracts which conform to the procedure of mutual recognition, which is agreement made actual. A just law of contract develops the intimations of good faith in the positive law into a liberal socialist consciousness of this procedural relationship as the basis of legitimate economic action.

In surely the most disastrous turn in modern social thought, Marx believed that the critique of alienation required the abolition of exchange, contract and market by communism. Whilst express advocacy of communism is now a minor political theme in the liberal democracies, welfarism remains based on a general negativity towards the market, for welfarism is in agreement with the classical law that, without improving intervention, contract is based on solipsistic self-interest. The fundamental aim of my book is to go beyond this failure of critique, transforming our understanding of self-interest in a way which preserves exchange and contract in a liberal socialist market of mutual recognition.

David Campbell was educated at Cardiff University, UK (BSc(Econ) 1980), the University of Michigan School of Law, USA (LLM 1985), and the University of Edinburgh, UK (PhD 1985). He is a Fellow of the Chartered Institute of Arbitrators. Since 1985, he has taught at a number of British universities and in Australia, Hong Kong, Japan, New Zealand, Spain and the USA. He is now a Professor in the Lancaster University School of Law, UK. His main research interests are in the law of contract and in regulatory theory, and he has written very widely on these in leading UK, Commonwealth and US journals and in a number of books.