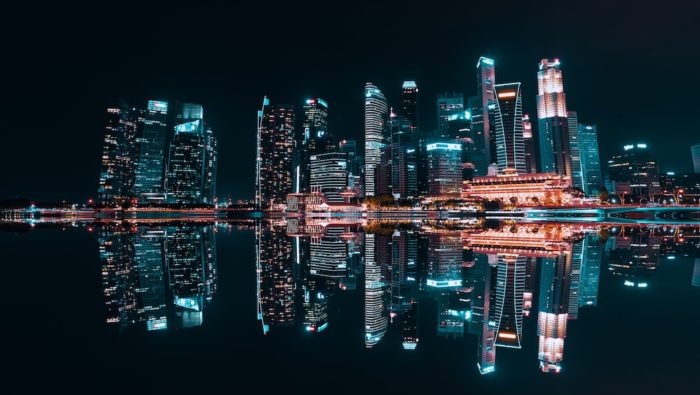 Decolonisation and Racial Justice: A Critical Assessment of Multiculturalism in Hong Kong and Singapore

Photo by Pang Yuhao on Unsplash

Hong Kong and Singapore share many characteristics. Both cities are former British colonies with a Chinese majority, a predominantly Chinese culture, and a significant minority population that is primarily South and Southeast Asian in origin. They also seek to portray themselves as having a cosmopolitan image: Hong Kong is marketed as ‘Asia’s World City’ due to its interconnectedness and geopolitical orientation; while the constitution of the dominant party in Singapore declares the country to be multiracial where people of diverse backgrounds live in harmony. To reinforce the desired image, both governments continue to implement policy initiatives aiming to promote ‘multiculturalism.’ However, an examination of multiculturalism in these former colonies indicates that in their postcolonial times the disadvantage of racial minorities continues or has even worsened, in the name of ‘decolonisation.’

Hong Kong and Singapore in their current form of ethnic diversity and heterogeneity were established by British colonialists in the early 19th century as West-East trading ports. When the British colonialists arrived, they brought about significant changes in demographics by introducing foreign workers from other parts of South and Southeast Asia to domestic labour markets. They also brought the concept of ‘race’. As Michael Banton argues, ‘race’ is a categorical identification based on physical or phenotypical attributes that is meant to be imposed upon and denoting the ‘other.’ The colonialists assigned colonial subjects a racial label based on a superficial understanding of their characteristics. As a result, social order was structured by ‘race,’ and policies of racial segregation were implemented, such as designating living areas for specific ‘races’. During the British rule in colonial Malaya, which comprises today’s Singapore and Malaysia, whites were viewed as dominant while non-whites were viewed as inferior, with racial stereotypes such as the Chinese deemed as ‘perfidious,’ Malays as ‘lazy,’ and Indians as ‘docile.’

This context and the cities’ subsequent history offers important perspectives on the study of decolonisation and multiculturalism. As Eve Tuck and K. Wayne Yang argue, decolonisation is not a metaphor — it is a process that unmasks and challenges colonial ways of thinking and acting, especially racist ideologies and oppressions. Even so, I argue that decolonisation as a political project does not always lead to racial justice. The examples of Hong Kong and Singapore illustrate how their post-colonial governments have inherited and even normalised the racist legacy of colonialism, despite their portrayal of multiculturalism. An analysis of anti-discrimination statutes and their legislative records, racial policy documents and reports, and relevant news articles reveals the existence of institutionalised racism towards ethnic minorities in aspects of life such as naturalisation and education, which I explain below. Both former colonies continue to govern race relations based on certain notions of racial hierarchy, as they remain societies largely segregated along the lines of race and nationality.

In Hong Kong and Singapore, multiculturalism discourse is neoliberal in nature, obfuscating power relations and framing social problems at an individual level. In line with neoliberal narratives, policymakers celebrate multiculturalism without challenging deep-rooted problems of inequality or economic austerity, while framing racial problems as the result of moral failure and a lack of understanding amongst races. Given that emphasis on individual responsibility underpins neoliberal multiculturalism, multiculturalism thus becomes a moral obligation on the part of each individual. It is assumed that racial harmony can be achieved if everyone makes a concerted effort to blend together. Because of this, policies for ethnic minorities are generally devoted to ‘liberal’ projects of cultural education, career guidance, and integration, hardly addressing the structural and institutional nature of problems.

Neoliberal multiculturalism has serious limitations and perpetuates colonial racial discourse. With assimilation and policy blindness to minority needs being its major characteristics, ethnic minorities in Hong Kong are often referred to as ‘non-Chinese speaking.’ By defining them in relation to the Chinese language they are erasing their identities, and their unique cultural and linguistic knowledge is not celebrated. Although ethnic minorities were expected to learn Chinese and assimilate, the standardised Chinese language curriculum ignored their learning needs. Singapore has a similar problem, as the ruling party’s charitable foundation implements a neutral treatment of religions based on the premise of ‘accommodative secularism.’ For instance, as only secular institutions are eligible for subsidies, there are not enough Islamic kindergartens to meet the needs of the Malay population due to lack of funding.

The ongoing process of decolonisation through nationalisation and state racialisation in Hong Kong and Singapore also demonstrate that decolonisation may not necessarily alleviate, but rather exacerbate, the problems faced by racial minorities. During decolonisation, both cities have employed a top-down approach to promote Chinese ethno-nationalism and practise state racialisation. For example, without much concern for minority groups ‘national education’ was developed to impart knowledge of Chinese culture and to promote Chinese patriotism. The laws on naturalisation grant Chinese nationality only to people who are classified as ‘ethnic Chinese.’ In Singapore, citizens are assigned a race based on their heritage and phenotype, and in the name of ‘multiculturalism’ they must learn the language associated with their assigned race. Despite this, Chinese ethno-nationalism continues to influence Singapore. With regard to Lee Kuan Yew’s promotion of Confucian-based ‘Asian values,’ the ‘Special Assistance Plan’ (SAP) schools design their curricula to educate Chinese students and promote the study of Chinese. Another example is how most South Asian students in Hong Kong are enrolled in ‘designated schools’ that teach Chinese as a second language, but these schools receive insufficient support and are isolated from mainstream society. The consequence of establishing neoliberal multiculturalism during decolonisation is effectively a segregation of races and a continuation of racial hierarchy.

The decolonisation processes by which multiculturalism, in its neoliberal version, has been applied in Hong Kong and Singapore are prime examples of why it may not be appropriate to assume that endeavours of decolonisation can interrogate colonial racial discourses and lead to racial justice. When discrimination permeating lives of ethnic minorities is played down, trivialised, and normalised through the top-down policies of decolonisation, ‘multiculturalism’ can only mean multicultural coexistence rather than substantive equality for all ethnic groups.

Alvin is a fourth year DPhil candidate at the Centre for Socio-Legal Studies, University of Oxford. He is interested in exploring the real life issues of law's application in society, and the law as a mirror of society, using socio-legal and comparative perspectives. He focuses on private law and legally-oriented phenomena, comparing Asia-Pacific jurisdictions and examining different legal cultures.