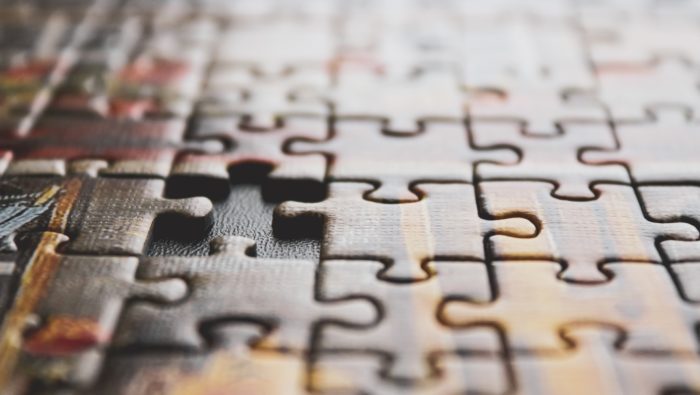 More people are deprived of their liberty in England and Wales’ care homes than any other paradigmatic carceral spaces, including prisons, psychiatric hospitals, and immigration detention. In 2019-20 care homes made 163,215 applications to authorise deprivation of liberty under the Mental Capacity Act 2005 deprivation of liberty safeguards (DoLS). The government estimates that 59,600 people living in other ‘community’ care arrangements also require legal safeguards under Article 5 of the European Convention on Human Rights to protect their right to liberty, including people in ‘supported living’ and cared for by their families.

This exponential growth in ‘deprivation of liberty’ in community care settings follows a 2014 UK Supreme Court ruling (Cheshire West).  Holding that deprivation of liberty must have the same meaning for disabled as non-disabled people, Lady Hale proposed the ‘acid test’ was whether a person was subject to ‘continuous supervision and control’ and ‘not free to leave’.  To cope with the consequent huge rise in DoLS applications, a new legal framework – the Liberty Protection Safeguards will replace the DoLS in 2022. Local authorities and NHS organisations will be empowered to authorise ‘deprivation of liberty’ in any hospital or community setting, including even private domestic arrangements.

The regulation of care arrangements in ‘community’ settings as a deprivation of liberty issue is paradoxical. During the twentieth century, large institutions warehousing hundreds of thousands of people with mental disabilities were closed and an extensive legal machinery regulating confinement was replaced with a ‘compulsory power’ for ‘objecting’ mental health patients.  Care of people with long-term cognitive impairments like dementia or intellectual disabilities was cast ‘outside the law’, on the grounds that these populations were ‘non-volitional’ and ‘compulsory powers’ were unnecessary. During what Clive Unsworth called the post-carceral era, the ‘community’ came to represent ‘freedom’. Social care services were established as alternatives to mass incarceration.

As Socio-Legal thinkers, we should be curious about why we are now regulating so many living arrangements in the community as a deprivation of liberty. My work explores how and why we have come to pose questions of liberty about community care arrangements, and with what consequences. I propose we call this paradoxical phenomenon ‘social care detention’, distinguishing it from other forms of deprivation of liberty – such as mental health detention.

Social care detention is not a mere footnote to mental health law, nor is it mental health detention ‘lite’. It is a different Socio-Legal phenomenon, with a different history and social function. Mental health detention’s overarching rationality is that (compulsory) treatment can cure – or at least improve – ‘mental disorder’, managing putative associated risks to the person themselves and/or others, valorising medical expertise. In contrast, social care detention is not concerned with ‘curing’ its target populations – mainly people with long term cognitive impairments such as dementia or intellectual disabilities – but with the management of their ‘living arrangements’. It valorises non-medical care professionals’ expertise in managing ‘social’ problems and – paradoxically – reducing restrictions.

An intriguing difference between social care detention and mental health detention, is that it is widely perceived not as a coercive ‘compulsory power’, but rather as safeguard for the individual, perhaps even ‘empowering’ them. The difference does not lie ‘on the books’. Wesley Newcome Hohfeld would have noted that both frameworks confer similar ‘legal disabilities’ on their subjects and ‘immunities’ on those potentially liable for unlawful detention. Rather, we tell different stories about these forms of detention because of their different historical and social contexts, and their different target populations.  Social care detention is understood by many as a technique for challenging sedimented restrictive practices and cultures in community care.

We know surprisingly little about the effects of regulating social care living arrangements as a deprivation of liberty. The official statistics do not tell us how often these safeguards actually change care outcomes. We know little about the experiences of those subject to these regimes. In the context of Socio-Legal studies, we need to ask what kinds of problems social care detention is being invoked to solve, whether these are apt for legal regulation in general, and whether better regulated as a problem of liberty or something else.

We should also be alert to the potential for adverse outcomes, especially as its legal-administrative net begins to extend over private family care arrangements and situations where people are positively happy with their living arrangements. We should be prepared for a potentially toxic backlash as families are increasingly told they are ‘detaining’ their loved ones and require formal legal authorisation. There is scope within Socio-Legal scholarship (including that which is sympathetic to human rights) to consider whether there is more merit than we might like to admit to libertarian critiques of using strategic human rights litigation to trigger reform, rather than democratically deliberated policy development, to more clearly establish whatever it is we are trying to do here other than solving the technical lawyers’ riddle of providing safeguards for liberty.

Dr. Lucy Series is a Senior Research Fellow and Lecturer in Law at the School of Law and Politics, Cardiff University. She is researching ‘problems of empowerment’ under mental capacity law for a Wellcome Society and Ethics Fellowship. Lucy’s research interest stems from working in health and social care services during the 2000s, before ‘turning to law’ to do a PhD about the Mental Capacity Act 2005. She once hoped this statute would solve the problems of systemic disempowerment she witnessed in care services; she is less optimistic about this today. Her forthcoming monograph, Deprivation of liberty in the Shadows of the Institution (Bristol University Press