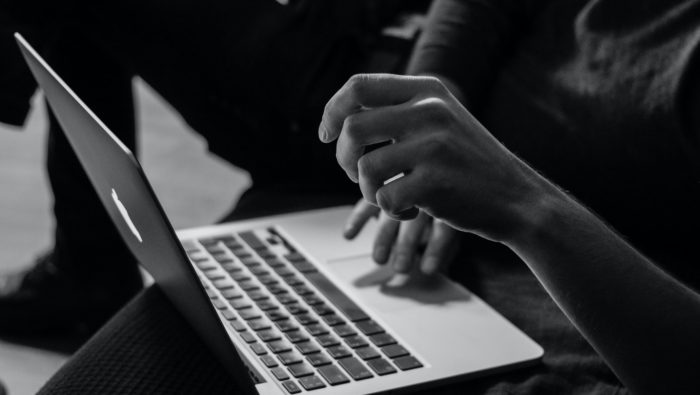 This post is part of a series profiling recent pieces in a special methodology edition of the Journal of Law and Society.

“[…] the standard technique is to try to subject yourself, hopefully, to [people’s] life circumstances, which means that although, in fact, you can leave at any time, you act as if you can’t and you try to accept all of the desirable and undesirable things that are a feature of their life.”

What does it mean to conduct participant observation? In the extract quoted above, sociologist Erving Goffman displays a widely shared conception of this research technique as involving an embodied, interactive, social experience on the part of the researcher. This means a researcher would share with her participants ‘all of the desirable and undesirable things that are a feature of their life’ (Goffman, 1989, p. 125), and therefore be able to develop an empathetic connection with them throughout the research process. Goffman’s view of participant observation resonates with that of Löic Wacquant. A student of Pierre Bourdieu’s, Wacquant spent time training as an apprentice boxer for his ethnographic study of boxing, advocating for a form of immersive research he termed ‘observant participation’ to ground what he referred to as ‘a sociology of flesh and blood’ (p. 5).

These forms of observation may be argued to fit in well with established conceptions of ethnographic fieldwork, such as the one encapsulated in Charlotte Aull Davies’s view of ethnography as a ‘research process based on fieldwork using a variety of (mainly qualitative) research techniques but including engagement in the lives of those being studied over an extended period of time’ (pp. 4-5). It might be reasonable to assume that the kind of in-depth, long-term engagement in other people’s lives required by ethnographic research necessitates the embodied presence of the ethnographer in the setting in which the study takes place.

However, the definition of ‘participant observation’ as fundamentally based on bodily experience does not easily translate to online-mediated contexts. In fact, internet-based researchers might feel that the virtual nature of their work – whether this takes place on a social media platform, a blog, a forum, a static website, a massively multiplayer online game (MMO), or a combination of any of these – drastically changes the ways they experience social life as well as the temporal and spatial conditions in which social interaction takes place. The internet also offers a unique opportunity for researchers to observe unobtrusively by simply watching what people are doing and saying online without being seen in return. In other words, on the internet, ethnographers can become ‘lurkers’. Lurking is distinguished from covert participation (which would still involve interaction with participants, albeit without disclosing one’s identity as a researcher), but, depending on the context, it may still count as covert research. This kind of research always raises ethical questions and needs careful consideration, especially since the boundary between what is publicly shared and what is intended to remain private online becomes blurred.

But does lurking constitute a valid form of ethnographic participant observation? This turned out to be an important question in my current research project – for which I have read and analysed content shared on vaccine-critical blogs without interacting with the bloggers themselves. As I had originally envisaged to carry out an internet-ethnographic study, my decision to assume the role of the ‘lurker’ throughout my research made me question the nature of my methodological approach. Was what I was doing still a kind of ethnography?

For a positivist researcher aiming to produce an account of social life that is as much as possible a neutral and objective mirror of reality, the ability to observe without being seen or interfering in the participants’ activities may be viewed as something advantageous. However, much like Goffman and Wacquant, many researchers embrace non-positivist theoretical viewpoints in which active involvement in the participants’ social realities is seen as a fundamental pillar of ethnography. The way I think of ethnography is closer to this latter constructivist perspective – which led me to frame my methodology as a form of thematic analysis influenced by internet-mediated ethnography rather than a “pure” ethnographic approach to the study of online communities (see, e.g., netnography).

This is not to say, however, that online lurking as a research technique cannot be incorporated into an ethnographic project. As Gabriele De Seta has suggested, we are moving beyond a simple dichotomy between participating and lurking. ‘Lurking’, he argues, ‘becomes just a possibility alongside practices such as ignoring, reading, liking, commenting, sharing, editing, and linking, which are all modes of participation […] that ethnographers are asked to understand and incorporate in their own work’ (p. 86). For an internet ethnographer, then, it is key to figure out which combination of these different ‘modes of participation’ (id., p.86) can get as close as possible to her participants’ (mediated) experiences, enabling her to offer a thick description of their online lives.

Francesca Uberti is a PhD candidate in socio-legal theory at the LSE, where she is in receipt of the ESRC-Rena Field Scholarship. She has a background in law and anthropology, holding degrees from Bocconi University (Milan) and the LSE. Her current research focusses on internet-mediated vaccine-critical activism.