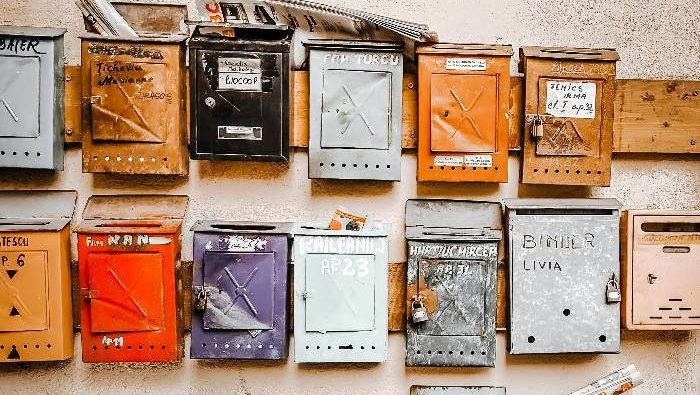 Starting out as a Socio-Legal researcher can be challenging. We learn as we go and inevitably make mistakes. In this blog post, I share two main lessons from the  first empirical research project I undertook, at a stage in my career when I had very little training in Socio-Legal methodology. My experience suggests that, even if I had received formal training, we learn most by being in the field, sharing experiences with others, and being drawn into the lives of our subjects. In the remainder of this post, I focus on two main lessons that I took away from my first fieldwork experience.

At the time, I was living in Lima, Peru, and I was interested in learning about gender-based violence. An announcement from my university’s Social Responsibility Department inviting researchers to submit research proposals on this topic caught my attention. We were asked to submit proposals that would use an archive of fifteen thousand letters that women from nine regions of the country had written, which we would use as a primary source. These letters covered the women’s experiences of violence and abuse and were part of a campaign called Cartas de Mujeres, conducted in public spaces in Ecuador, Bolivia, Guatemala, and Peru. I prepared a research proposal with two other students, which was selected. We were assigned supervision, and our 18-month research journey started.

The first lesson I learned was to embrace, instead of fear, how the fieldwork would redefine and change the scope of the research project. When we first gained access to the complete archive of letters, we felt frustrated. We had expected that the letters would contain more information about the situations of violence and would allow us to conclude explicative factors as to why the violence had occurred. In reality, most letters were short; some were written by bystanders, others had drawings, and others were poems. After half a year of familiarising ourselves with them, we realised that we had to pay attention to what the women were saying rather than looking for what we wanted them to say: we were the ones who had to adapt to the archive and not the other way around. Thus, we redesigned our research proposal to honour the women’s stories. This meant narrowing the project’s scope only to examine psychological violence, which was the most dominant theme in the letters, and we decided to focus on the women’s subjectivities to understand why they might have stayed within or left these abusive relationships. Watching our proposal change shape, almost beyond recognition, did not mean we had failed in our initial planning; instead, it demonstrated that our project was grounded in and led by the archive and the rich Socio-Legal perspectives it had to offer. These included drawing insights from other disciplines’ theories and methodologies, mainly from Sociology, Psychology, and Gender Studies, to understand and centre the women’s experiences.

My second key lesson was the need to adopt a feminist approach to research. Our primary focus was to prioritise the women’s voices. We considered this especially relevant when researching violence against women in Peru, as there was a paucity of discussion on this issue from survivors’ experiences. Thus, we decided to complement the letters’ narratives with interviews with some of the women. This allowed us to focus on understanding their reasons as to why they had stayed in abusive relationships, which the reality and literature show us respond to complex and relevant factors, many related to the women’s or their children’s survival, such as financial insecurity, the consideration that their children will be better if they stay with their father, and the fear of retaliation, among other reasons. In this regard, our research revealed they had done so primarily because they did not want to be judged (as a ‘bad woman’ or ‘bad mother’) if they ended the relationship and because they feared for their children. Amplifying the voices of the people we are researching is relevant in feminist and wider Socio-Legal Studies because it allows us to rethink theories by considering previously unheard voices from a bottom-up approach.

During the interviews, we also focused on treating the women as people with agency. This meant we shared and discussed our objectives with them, offered our full attention during the hours they wanted to talk to us, and were flexible with our prepared questions if they wanted to focus the conversation on other matters. This led to us dedicating a whole subsection of our paper to the emotional impact of psychological violence, as all of the women emphasised this matter. These feminist methodological sensitivities favoured a transformative process for both researchers and participants, as they promoted horizontal communication and a safe space. Adopting this feminist approach also meant that we recognised and made visible the women’s agency within the structural inequalities that exist in Peruvian society and that were at the base of some of their choices.

In thinking about the two lessons discussed here, one experience I want to share is that the first woman we interviewed invited us to burn the letter she had written with her as a form of closure. This moved us deeply. We had focused so much on everything that could go wrong during the interviews that we had not considered they could also be helpful experiences for the women involved in our research. That invitation reminded us that the positivistic consideration of a strict division between researcher and researched is not accurate. In this process, the women had a lot to say about what would help them process their experiences. When we completed the project, we met with the women again to discuss our findings. We feared not having fulfilled their expectations or having misrepresented their experiences. However, they told us they were grateful because we had always treated them with dignity and listened to them.

This first encounter with carrying out empirical research taught me the relevance of a bottom-up approach, grounded in the voices, experiences, and meanings of those involved in the research process. This insight is at the core of many Socio-Legal Studies and should be the basis of how we understand and create legal responses to social issues.

Cristina Valega Chipoco is a Professor at the Law Academic Department and Researcher in the Gender, Law, and Sexualities Research Group of Pontificia Universidad Católica del Perú (PUCP). Her research focus is feminist legal studies. She is a lawyer from PUCP and completed postgraduate studies, reading the MSt in Women’s Studies, at the University of Oxford.